Posted by: Fashion Brief in Hairstyles January 8, 2015 Comments Off on 15 Surprising Lipstick Facts You Didn’t Know About 257 Views

Whether you don’t really like the idea of wearing a lipstick or you’re obsessed with it there are some facts about these ”magical” products that no one really knew until now. So we are super excited to reveal the historical facts about a lipstick. So grab a comfortable seat and get ready to explore some interesting lipstick facts about the production of lipsticks and more.

1.  The Declaration of ”Lip Rouge”

According to our reliable sources it was in the early 1900s when women’s suffragette leaders Elizabeth Cady Stanton and Charlotte Perkins Gilman started wearing red lipsticks as a sign of protesting against the right vote. You can find that noted in the history as the ”declaration of lip rouge”.

In the Roman Empire only women that belonged to a certain class could wear a lipstick. So lipsticks were a display of wealth. It is interesting that by that time only lipsticks in merlot and purple were available.

It turns out that men were wearing certain lip colors over centuries. However the end of that tendency came with the French Revolution as if a man would wear lipstick at that time he would be blamed for taking the side of the aristocracy.

Scientific studies have proved that it takes no longer than few seconds for a woman that wears lipstick to be noticed by men.

5.  Warm Shades of Lipstick are the Best

According to experts of the field red lipsticks are the best as these have the ability to emphasize the naturally beautiful look of women’s lips.

Many lipsticks contain animal-derived ingredients. These include carmine from beetles, that’s mainly used to add extra color and shimmer. However that does not refer to vegan lipsticks.

Social surveys have shown that 70% of French women avoid wearing a lipstick while up to 81% of American women can’t imagine their lives without thus magical beauty product.

9.  The Rates of The Sales of Lipstick Show the State of Economy of a Country

According to some sources the rates of lipstick sales scream about a good mood that’s connected with the good economic state of a country.

In the history of criminology there was a well-known serial killer named William Heirens. He was known as the ”Lipstick Killer” because once he left a cryptic message inscribed in lipstick on the wall saying: “For heaven’s sake, catch me before I kill more – I cannot control myself.”

Back in 1915 the Kansas state legislature introduced a law according to which women under the age of 44 who would wear lipstick would have to pay a bill. The representatives claimed that such looks create the wrong impression and should be strongly restricted. However the law did not pass.

12.  The First Long-Lasting Lipstick was Invented in 1950

Yeap, it was invented in 1950 by a biochemist named Hazel Bishop. He discovered a formula made with lanolin and dye while was experimenting in his lab.

13.  Women Spend a Lot on Lipsticks

It has been calculated that an average American woman spends up to $3,770 to lipsticks.

In 1700’s a marriage could be annulled just because the bride was wearing lipstick on that day.

In 2013 MAC’s cherry red Ruby Woo was officially announced as the best -selling lipstick of the year.

2015-01-08
Fashion Brief
Previous: Helen Mirren for L’Oréal: has the beauty industry finally wised up?
Next: 16 Useful Beauty Uses of Honey 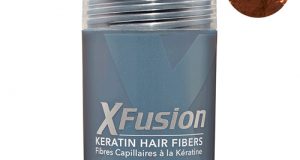 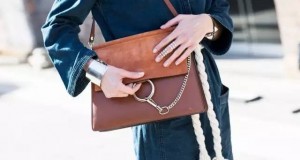 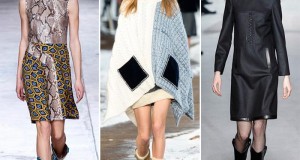