We are super excited to officially announce the opening of one of the most impressing campaigns of this spring/summer 2014! Thus, we suggest you to grab a comfortable sit and get ready to admire the new Christian Louboutin Spring/Summer 2014 campaign! Of course if you appear to be familiar to the previous fall 2011 lookbook of the label you won’t be very surprised to know that Christian Louboutin for once again sought for inspiration in art and came up with a brand new extraordinary project that definitely is going to be in the center of attention for a while. In fact being a result of inspiration from works of famous impressionist painters such as Claude Monet, Henri Fantin-Latour and Vincent Van Gogh the new Christian Louboutin Spring/Summer 2014 campaign is surely ideal for showing off the new luxurious ensembles of the line.

Now, among the stunning pieces offered by Christian Louboutin for this spring/summer 2014 we would like to especially mention the most distinguishable ones which appear to be the newest approaches of the Bat pump, slingback pump and of course the eye-catching «Sweet Charity» cross body bag specifically designed to add a modern edgy touch to a soft romantic look.

Another thing worth-mentioning about the new Christian Louboutin Spring/Summer 2014 collection is the exciting idea of bringing into the spotlight a fabulous, fancy alternative for those fashionistas who seem to prefer comfy style, which we find appreciable.

Last but not least one can’t simply pass by the fact that the new ensembles shown off in the Christian Louboutin Spring/Summer 2014 are interestingly captured in a way that look so harmoniously blended with their backgrounds that for a moment makes us doubt whether we remember the original looks of the famous paintworks. 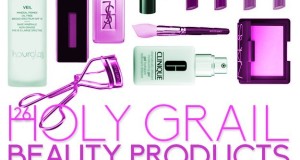 26 Holy Grail Beauty Products That Are Worth Every Penny 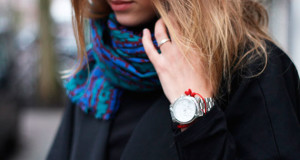 How to Spice Up a Boring Outfit 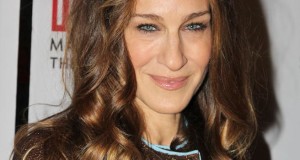 Sarah Jessica Parker: “I Wore More Shoes in a Day Than Any Human Wears in Their Lifetime”